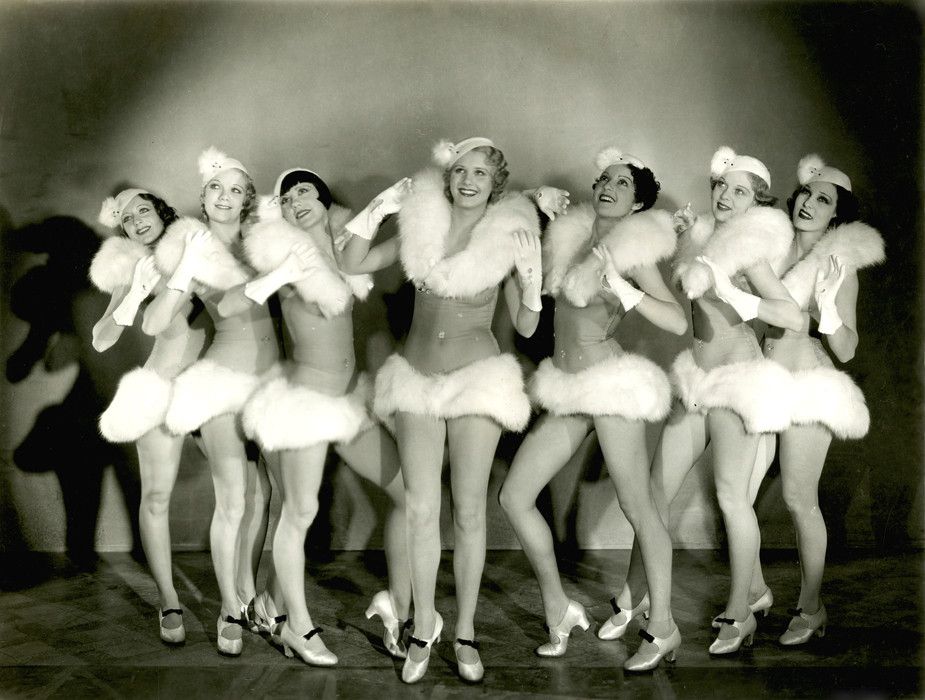 We are all experiencing the loss right now of our regular day-to-day way of living. As with any loss, many of us are experiencing the stages of grief, which include shock, denial, bargaining and depression. I always thought of myself as an introvert but this crisis has shown me how important human interaction is: social distancing is necessary right now but it’s also very disheartening and, well, lonely.

During this time, I have found some comfort in movies made during Hollywood’s saucy Pre-Code period, which took place from 1930 to mid-1934, during the darkest days of the Great Depression.  Although there are many excellent social dramas from this era – films such as Heroes for Sale (1933) and I Am a Fugitive from a Chain Gang (1932) – which, with their focus on income equality and corrupt bureaucracy remain relevant today, Hollywood was also pumping out loads of escapist fare meant to lend a little hope and cheer: two things I think we all could use right now.

What follows is just a handful of my favorite Pre-Code escapist films.  Feel free to list your own favorites in the comment section. 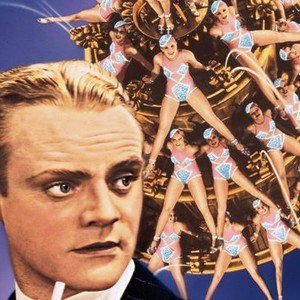 Chester Kent (James Cagney) makes his living producing live musical prologues for silent movie theatres but as the movies rapidly convert to sound, it looks like Chester might have to leave the chorus line behind for the bread line. So what’s a guy to do? Well, this being a 1930’s movie and all, the answer of course is put on a show!  – one that’ll knock ‘em off their keisters!

Wise-guy firecracker Cagney joins Warner Brothers’ cutie-pies Joan Blondell, Ruby Keeler and Dick Powell in a genius bit of casting that’s the salt on the French fries – in other words, it’s delicious! Long before Yankee Doodle Dandee (1942), movie audiences weren’t yet used to seeing Cagney, who had risen to fame playing a sociopath gangster in Warner Brothers’ The Public Enemy (1931), in a musical but indeed, the street-smart Cagney had been both a boxer and a dancer. He said that he learned how to dance by fighting neighborhood bullies on the tough Lower East Side streets where he grew up.  In his own words, from his 1976 autobiography Cagney by Cagney:

“I learned how to dance from learning how to fight. It was feint, duck, quick dance around your opponent on your toes mostly, then shoot out the arm like a bullet.”

Footlight Parade (1933) explores the challenges faced by moving picture theatres with the arrival of talkies but interestingly it was made at a time when the industry would be facing yet another monumental change as the Pre-Code (anything goes!) era was approaching its twilight days: church groups and moral reformers were cracking down and Joseph Breen was getting ready to break up the party. For its part, Footlight Parade pokes plenty of fun at the censors (“I was just showing Miss Rich what you can’t do in Kalamazoo!”).

Who the heck needs CGI when you’ve got Cagney and Busby? 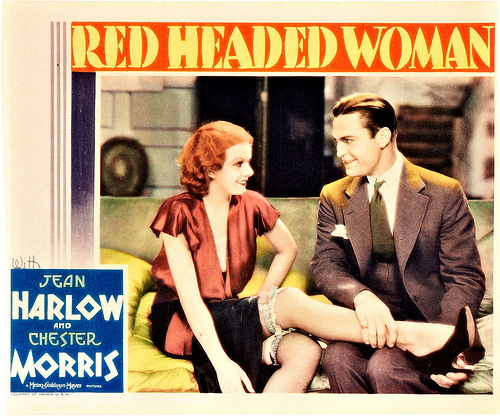 What do you get when you pair one of the wittiest screenwriters of her time with Hollywood’s original Platinum Blonde? The sexiest, funniest and most outrageous movie of the Pre-Code period, that’s what. Based on a screenplay by Anita Loos (a prolific writer most famous for her 1925 novel Gentlemen Prefer Blondes), Red-Headed Woman (1932) stars sexpot Jean Harlow chewing up scenery (and men) as Lil Andrews, the titular red-headed woman, a hedonist who sets out to seduce rich men in order to better her lot in society. Lil Andrews lies, cheats, and even attempts murder but, thanks to Harlow’s gleeful performance, you can’t help but love her.

Bucking the censors who decreed that bad girls must always be punished and/or redeemed by a movie’s end, Red-Headed Woman (1932) rewards the deliciously unrepentant Lil with a happy ending (complete with a wealthy patron and his handsome chauffeur) – a move which had the Catholic Legion of Decency foaming at the mouth. 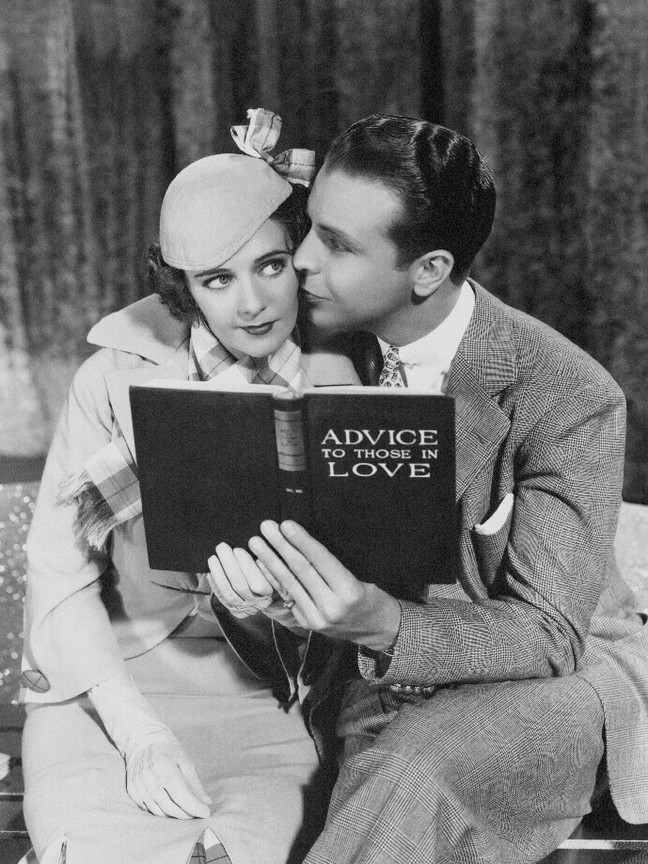 “We’re in the money!” Ginger Rogers sings during the opening of this extravagant musical, but when she starts warbling the song in Pig Latin, we know she’s just being tongue-in-cheek, particularly when the sheriff and his deputies interrupt the show to collect on the producer’s unpaid bills (“Ain’t you goin’ to at least give me car fare?” Ginger asks, as one of the sheriff’s men demands her costume). Because of course in 1933, most Americans weren’t “in the money” and most refreshingly neither are the “gold diggers” in this movie: the fetching trio of Joan Blondell, Ruby Keeler and Aline MacMahon wake up in a flea bag hotel, scratching at bug bites and complaining of hunger pains. So what do you do in hard times? Well, if you’ve ever seen a 1930s movie, you know the answer to that question is “put on a show!” And with the incomparable Busby Berkeley choreographing, what a show it is! Busby works his innovative magic with the romantic Shadow Waltz (neon gowns and violins!) and the fun & naughty Pettin’ in the Park. After nearly 90 minutes of escapism though, the film explodes with the boot stomping finale Remember my Forgotten Man in which WW1 veterans, physically broken and emotionally battered, ask “We fought for USA, but where are we today?”

It is important to note that Gold Diggers of 1933 shares the same director as I Am a Fugitive from a Chain Gang (1932): Mervyn LeRoy. You don’t have to dig too deep to find the nugget of social commentary lurking in the shadows of Gold Diggers of 1933’s party: there’s plenty of grit in this glitter.

Gold Diggers of 1933 managed to comfort a distressed nation while offering validation to its feelings.

This is why we go to the movies. 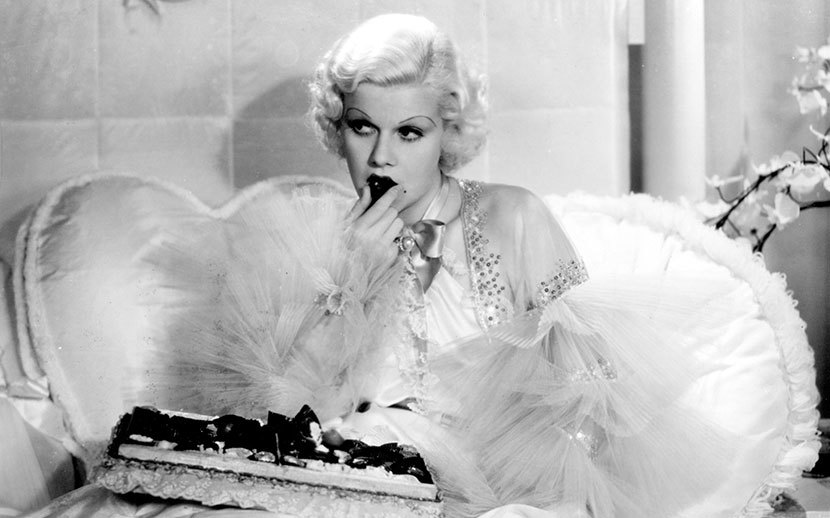 High strung Millicent (Billie Burke) is planning a dinner party but everything is going wrong. And then it gets worse.

Proving that MGM did indeed have “more stars than there are in the Heavens”, this glittery comedy boasts a stellar cast including John and Lionel Barrymore, Wallace Beery, and fabulous dame Marie Dressler, but the brightest star here is Jean Harlow who holds her own against her more established co-stars; displaying her comedic chops (as well as her um, other assets) as spoiled social climber Kitty.

The film’s finale – a sassy exchange between Harlow and Dressler – is one of the funniest in all of movie history.

3 thoughts on “Depression-era movies were made for this time: Top Pre-Code Escapist Films”